Establishing The Valuation And Financing Of A Business

Home » Establishing The Valuation And Financing Of A Business 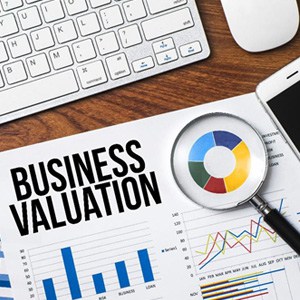 Our firm has worked with a few companies that have provided valuations. We can certainly provide referrals to impartial valuation companies as needed. There are some companies at the national level and some at the local level. As you might imagine, nationally based companies can be a bit more expensive than local companies, which are more economical.

Ultimately, whether you choose a national or local valuation company is really going to depend on the size of the deal. The larger the deal, the more robust of a valuation company you will want. Bigger companies will do a much more extensive analysis, and, of course, there are going to be more moving parts.

Financing A Merger Or Acquisition

If you are looking to finance your merger or acquisition, you would begin seeking financing once you know what business you are intending to merge or acquire. There are different ways to finance – obtaining funds for the purchase through a loan or a leveraged buyout. Ultimately, how you structure it could involve a financial institution such as a bank. In some cases, you can seller finance – where the seller agrees to finance the purchase of the business.

When you actually put your financing into place, you’re now really waiting until you have a deal. And, you don’t have a deal until the agreement is signed. The agreement is normally not finalized until after due diligence, because you need to be able to determine whether the initial terms you’ve laid out are, in fact, the terms you’re going to stick to in the final agreement or if the business is still worth pursuing.

Your due diligence could reveal that the business has dropped in revenues over the past year. If your initial terms were based on prior revenues, you would want to change the terms in your final agreement to reflect the new information you’ve discovered. Another thing that might change your initial terms would be if the valuation company comes around and says that the company is actually valued a lot more than anticipated and the seller now wants more money for it.

The Letter of Intent will lay out your initial terms and the duration of due diligence. The ability to adjust the terms typically expires at the end of due diligence, meaning that those terms become fixed.

Once you have your terms and your agreement is signed, you would then go seek funding if purchasing through financing the deal. A bank or financial institution will typically not issue any financing unless you have an agreement. This is because the bank requires an asset in order to issue a loan. The asset is the collateral for that loan, so they need to see the agreement to know that there is an asset owned by the borrower.

If you’re just doing a seller-finance loan, then that doesn’t matter. The seller is going to be doing all of the financing. All you’re going to have to do is sign it, then you will make your payments directly to the seller in whatever terms you’ve agreed to with them.

For more information on Valuating A Business In A Merger Or Acquisition, an initial consultation is your next best step. Get the information and legal answers you are seeking by calling (786) 788-8756 today.