Things You Might Not Know, But Should: Select Provision of the Tax Cuts and Jobs Act

Home » General Blog » Things You Might Not Know, But Should: Select Provision of the Tax Cuts and Jobs Act 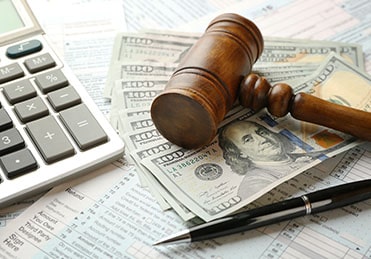 In previous weeks, we have discussed changes to the Tax Cuts and Jobs Act that many people are aware of, such as tax credits and small business taxes. However, there are a number of things you might not know, but should, with respect to the Act. These changes are some that the general public does not realize the importance of, but in a few years will be happy to know of.

Repatriation, generally, is the term used to describe money returning to its home country. As you can imagine, repatriation applies to U.S. companies that have overseas business. Normally, these companies would have been subject to a 35% tax rate. After the Tax Cuts and Jobs Act was passed, however, U.S. companies that have overseas income may be taxed at one of two rates, depending on whether the income is a cash or non-cash holding. Cash holding are subject to a 15% tax rate, while non-cash holdings are subject to an 8% rate.

The Affordable Care Act was signed into law in March 2010. Since then, the law imposed a requirement that that most people have health insurance. Excepted from the mandate was anyone who could qualify for a hardship exemption. The individual mandate was repealed by the passage of the Tax Cuts and Jobs Act. However, keep in mind that the repeal is effective as of 2019, meaning that anyone who does not have health care in 2018 will still be charged a fine, which is either 2.5% of a person’s adjusted gross income or $695.00, whichever is greater.

With the passage of the Tax Cuts and Jobs Act, the rule has been amended. Under the new law, only like-kind exchanges with respect to real property will qualify for deferral of the tax on the gain. The provision, however, does provide a transition rule to allow like-kind exchanges of personal property to be completed if the taxpayer has either disposed of the relinquished property or acquired the replacement property on or before December 31, 2017.

If you have any questions with respect to the changes imposed by the Act on Repatriation, the Affordable Care Act, Like-Kind Exchanges, or Cryptocurrencies, feel free to give us a call!