Creating And Reviewing An Offering Document 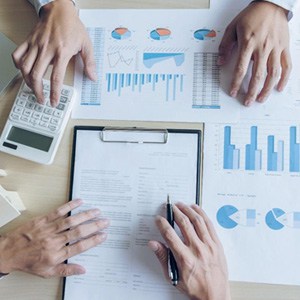 When you’re doing a Letter of Intent, you’re going to want to include your basics. This is your document where you list out your terms. You’re going to indicate that you intend to buy X for Y, where Y is the purchase price. You also list out any other terms that are important to you to be in the agreement, one of which will be due diligence and how much time you want to complete it.

The Letter of Intent will also list all the involved parties. You will also include how you intend to make the purchase, such as if it’s contingent on obtaining financing, if you’re paying cash on hand, or if you’re going seller-financed. If financing using a third party, you would indicate that full payment would be made upon closing. If seller-financed, you would indicate your payment schedule to the seller. This will often involve interest rates, as well. You’re going to indicate if it’s going to be in a stock purchase agreement or an asset purchase agreement. Usually, for mergers and acquisition deals, you’re not buying the actual entity, you’re buying the assets. The reason for that is that you only want to buy the valuable assets, not the accompanying liabilities that could exist.

Your Letter of Intent is essentially your offering document, outlining every aspect of your offer from the price, to what you’re acquiring, to the payment terms. It should also include the intended closing date that will come after your due diligence term, which is typically two weeks to a month.

Of course, there are also other certain factors, such as contingencies, such as transitions and non-competes. When and if you get through the deal and it closes and is finalized, you’re not going to just take over from day one. You’re going to need guidance in order to take over seamlessly, so you include a contingency on transition.

Transition period means that on day one, although you own the business the seller will stay on to help you take over the operations. This can take many shapes and forms. If it’s a merger, then that transition may even involve that person staying on permanently. If it’s an acquisition, then you may be transferring over assets and have to start communications with your employees and vendors and have a seamless conversion with the new ownership group.

You will also have contingencies on any risks that will be held by certain parties. If you’re aware that certain liabilities are attached to certain assets that you’re buying, you may state in the LOI that you’ll take the asset, but the seller has to indemnify you for the liability.

You will also, of course, enter into any confidentiality or nondisclosure agreements for the purposes of due diligence. Additionally, you may request that the selling entity restrict any further communications of this offer to future parties. Some sellers may not agree to this. They may not want to stop attempting to sell just because you’re looking to buy. Some buyers will provide what’s called an option. The option is that the potential buyer will pay a nominal fee to the seller so that they’ll stop attempting to sell. This fee will then go toward the purchase price if the deal goes through. If the deal doesn’t go through, the seller then keeps that fee.

There are a plethora of terms that you could put in the initial Letter of Intent or offering document. These are usually the ones that are most commonly included. Each letter will be unique according to the parties involved and the terms they are seeking. There could be certain unique terms you may want that aren’t necessarily included in a traditional letter of intent.

You may have a situation, for example, where you’re looking to extend employment to the owner as a part of your purchase. You may want to make this offer because you’ve been made aware that the owner is still interested in some responsibilities but doesn’t want to be an owner anymore. Keeping them could be beneficial to you in some situations.

It can be crucial to have an attorney that’s knowledgeable in mergers and acquisitions. There are a lot of moving parts involved with M&As, and you want to be certain that you are covering all of your bases before agreeing to such a substantial deal. While every M&A attorney may not be knowledgeable in every aspect of your specific deal, they will have enough expertise to know when certain things need to be addressed. If they don’t have the requisite knowledge, they will know enough to stop and find an outside consultant to review it. Someone who has never done these deals wouldn’t be able to identify that something is wrong. They may think that everything is great and then later realize that there’s a problem at a time when it’s more difficult to resolve it.

Your offering document, or Letter of Intent, is going to be a document including all of your initial terms. It’s essential to your deal that you include the basic elements of the agreement that are important to you. An experienced attorney is going to ensure that you’re intentions are included in the LOI.

I was once involved in a deal where I represented the buyer, and the seller was represented by a large firm. We were negotiating the deal, and I noticed that there was an issue where a vendor to the seller, who was the main purpose of the whole deal, wasn’t a party in the deal per the agreement. The seller was licensed to do business with the vendor but didn’t own the vendor as an entity. The seller’s counsel said that this should not have posed a problem, but, as I took a deeper look at the situation, I strongly felt otherwise.

The problem I quickly noticed was that, per the initial terms between the seller and the vendor, if the selling entity were to sell (which is was the deal at hand), the agreement between the seller and vendor would be voided. Considering the fact that our client (the buyer) wanted to purchase the selling entity for the very purpose of doing business with this particular vendor, it was crucial that this issue be addressed before finalizing the deal. The counselor for the seller, perhaps not focused enough on the deal, did not seem to see this as a problem.

In order to ensure the interests of my client, certain clauses pertaining to publication were added to the agreement. These additions made it so the deal would be completely confidential. This was important because if the deal was to every go public, the vender could learn about it and void their agreement to do business with the selling entity, which would be the death knell to the business

The problem with this deal wasn’t so much the structure with respect to buying this entity with this license or business, it was the fact that when I started reading into the initial terms of the agreement between the selling entity and the vendor, if the selling entity were to sell, it would void the very agreement that they were trying to buy. The counsel for the other party said that the buyer could just take over, but the contract said if there was a transfer of ownership, that would void the agreement with the vendor.

This was, of course, a major risk when the vendor was a huge factor in the buyer wanting to obtain the business. The counsel for the other party didn’t seem to see that as a problem. We had to put clauses into the agreement that dealt with publication, meaning that this agreement was to be made confidential and no one was to know about the deal. If this ever got out to the public, that vendor could potentially void their agreement, and that would be the death knell to the business.

It would have frustrated the whole purpose of the contract. This is why you want to hire an attorney to do that level of due diligence and understand what’s going on. Of course, this also highlights why you want to make sure that your attorneys are well-engaged in the deal. They should know what’s going on, know the industry, and know the parties so that they have that in their background. When they’re analyzing the deal, you’re able to protect your interests.

For more information on Offering Document In A Merger Or Acquisition, an initial consultation is your next best step. Get the information and legal answers you are seeking by calling (786) 788-8756 today.