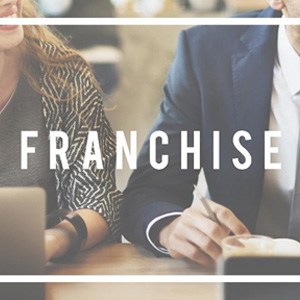 Can My Franchise Law Attorney Negotiate With A Franchisor For More Favorable Terms?

Your franchise law attorney can negotiate with a franchisor for better terms to benefit you. How much negotiating happens will depend on the franchise system. Generally, there won’t be many areas the franchisor is willing to negotiate. Likely, 98% of the contract terms are non-negotiable.

The non-negotiable terms in a franchise disclosure document are similar to the terms of a commercial lease. If you’ve ever had a commercial lease, then you’re aware that the lease is to be accepted virtually as written. So, 98% of that document, maybe even 99%, is non-negotiable. This is how it works, and that’s usually the case with more established franchise systems.

As a potential franchisee, you can always present specific terms. More established and older franchise systems will rarely amend or adjust their terms. Attorney Senen Garcia will tell you from his experience that the younger franchise systems are usually more flexible in negotiations.

Nothing is stopping us from presenting a counter-argument. But, more often than not, the franchise system will reject most of your requested changes. They have the disproportionate bargaining power of having the system you want, so you must deal with their terms. At the same time, you can have a more established franchise system that hasn’t performed well financially, so they are more flexible about their clauses.

The client continued running their business but now didn’t have any of the required franchisor support. The client relied on the franchise systems industry and thought they had the knowledge base needed to move forward and make progress. Unfortunately, the store eventually closed because the client didn’t know the industry well enough.

The fact that a franchise system isn’t performing well can be why they are more willing to negotiate the terms. Some money is better than no money when a business isn’t generating revenue.

Why Should I Hire An Attorney Who Practices In Franchise Law As Opposed To My Regular Attorney, Business Law Attorney, Or Someone I Know?

You always want to bring on an attorney with experience in a particular area where you’re doing business. For example, you don’t want to hire an attorney in family law that can handle divorce to handle a DUI case because it’s an entirely different area of law.

When it comes to business, hiring a specific attorney is nuanced. However, there are particular contract provisions for attorneys that deal with regular contracts that they can probably muster.

But when it comes to franchises, there are differences. For example, a general attorney may not know about territories, royalties, and marketing funds. But on the other hand, the attorney could look at a contract and think it seems reasonable, which would look okay to someone less experienced.

Suppose your attorney is not familiar with franchise law. In this case, the franchisor’s attorney could overrun your attorney. Your attorney was aware of your concerns and thought they negotiated a good deal for you, but they ultimately didn’t.

Hiring SG Law Group has its advantages. One is that attorney Senen Garcia is familiar with franchise law, franchise agreements, and Franchise Disclosure Documents. Two is that he can also analyze the company from a financial perspective.

Senen has the advantage because he can jump in and look at some things right off the bat without having to say, “You need to consult with an accountant on the numbers.” Instead, Senen can review the documents and tell you any red flags he sees with the financial figures.

You should still hire a CPA or accountant to assist you with your business accounting. However, Senen advises his clients that when evaluating an attorney, having a regular business attorney who doesn’t deal with franchises is still a good start.

With the guidance of a skilled Franchise attorney, you can have the peace of mind that comes with knowing that we’ll make it look easy. For more information on Negotiating Terms With A Franchisor In Florida, an initial consultation is your next best step. Get the information and legal answers you seek by calling (786) 788-8756 | (786) 788-8982 today.