Meeting Between Parties In A Merger Or Acquisition

Home » Meeting Between Parties In A Merger Or Acquisition 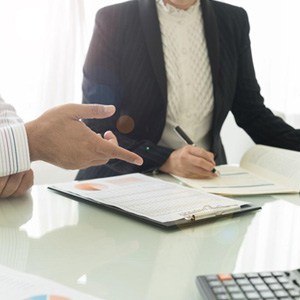 Meeting Of The Minds: A First Meeting Between Two Parties Discussing A Merger Or Acquisition

The first meeting between the two parties will most likely be informal. The formality of the meeting is often based on the size of the deal. The smaller the deal, the more informal the meeting is likely to be. With smaller deals, you can also expect there to be communications in place far before either party brings in an attorney.

The larger the deal, the more formal the meetings will be. Larger deals are also more sophisticated in terms of having attorneys doing the meetings while the parties may never even meet. It really depends on the deal itself and the availability and goals of the parties involved.

In the middle, somewhere between a small deal and a large deal, there is something of a hybrid where you’ll have meetings with the parties and their attorneys.

These deals come about because of the parties, not because of the attorneys. The parties of each side will ultimately decide how they want their meetings to look. Whether it’s a small party-to-party meeting, a meeting of their attorneys, or a meeting of a party with the other party’s attorney – you can rest assured that there is going to be a high level of communication throughout the entire process.

Starting A Deal Off On The Right Foot

The best way to ensure that you are starting a deal off on the right foot is to hire an experienced attorney at the very beginning of the process. An attorney is really an advocate for you and your goals, who has the knowledge and expertise to guide you through the process ensure that everything goes smoothly.

There are times when a party will be interested in a deal and will indicate that they’re going to speak with their attorney. At that point, the other party will suggest that involving an attorney might over-complicate the matter. This would be a big red flag and, as an attorney, I would caution a client to run far, far away from that person. No one in good faith should ever advise you not to consult with an attorney, especially when it comes to matters of business.

Another key to starting a deal off on the right foot is to know what you want and be assertive from the beginning. Make sure that those essential elements most important to you are on the table and discussed openly. You want to ensure that you’re able to reach a point where both parties can agree, which is not going to be possible if you aren’t entirely sure about what’s important to you in the deal.

Setting the right expectations from the beginning is the best way to navigate your way to a deal that meets both parties’ goals. An attorney is going to be helpful to you in setting these expectations, because they will be able to ensure that you know and feel confident in the elements that are important to you. Your attorney will also be instrumental in preparing your Letter of Intent, where all of these things are put in writing before you move forward.

The Art Of Negotiation

Negotiations begin on day one of a deal. There needs to be an informed discussion before your Letter of Intent is even presented. Negotiations don’t really stop until the agreement (not to be confused with the letter of intent) is signed.

The due diligence handles all of the pricing and specific business, but then you get into the legal ramifications of the agreement. This means certain specific terms and conditions that aren’t dealt with at the due diligence level will be negotiated outside of that.

The involvement of the attorney is wholly determined by the client and what they prefer.

The Purchase Agreement: What To Include

There are many terms that can go into the purchase agreement. The simplest of these terms can include…

These are just a handful of the terms that should be covered in your purchase agreement. This will be a lengthy and very detailed document that should be carefully reviewed by all parties. The terms are in place to protect the parties.

The purchase agreement is a culmination of all of your negotiations. It is a final document that all parties review, agree to, and sign.

For more information on Meeting Between Parties In A Merger Or Acquisition, an initial consultation is your next best step. Get the information and legal answers you are seeking by calling (786) 788-8756 today.