Essential Components Of A Franchise Agreement 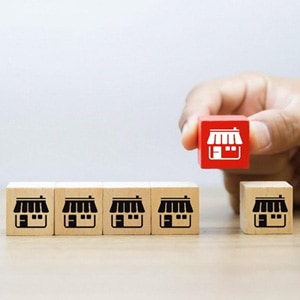 What Components Should Always Be In A Franchise Agreement?

Another important area in the franchise agreement is the rules of the franchise. For example, the seller will provide you with what rules you must follow on marketing and where you can track your customers. The franchise systems’ rules on marketing are especially pertinent when you have a territory of another franchisee abutting yours. There can be marketing rules regarding how much money you are to contribute to a marketing fund, whether nationally, regionally, or locally.

Another critical aspect of a franchise agreement is that it should outline any royalties you have to pay. This section will dictate how royalties will function, how much royalties you’d have to pay, and the royalty’s basis. For example, royalties can be based on gross revenues, profits, or a percentage. But, at times, the royalty can be a fixed amount, and sometimes it’s a hybrid amount of fixed plus a percentage.

Another section of the franchise agreement describes the specific terms and expectations. This section will include information such as:

What Should You Look For When Reviewing A Franchise Agreement Or Contract?

Next, Senen reviews the non-compete section to ensure it’s not too onerous. The non-compete could be a potential deal breaker if they prevent the franchisee from conducting any business for an extended period of time or an unreasonable large geographic area.

Some franchise systems have been around for 30-40 years and, in some cases, more than that. For example, at McDonald’s, you’re going to spend six, sometimes even seven figures, on a franchise fee. That’s just the way McDonald’s works, simply because it can. McDonald’s is an established franchise system, and you know that you will make money if you invest.

Next, Senen looks at the royalty arrangements. He also looks for any remedies if those royalties aren’t met. He then reviews the marketing budget and how it functions. For example, suppose you know you’re going to give 2% of your net revenues yearly, along with your royalties, to the franchise system to market your business in the local area. Senen questions whether all the money you’re to pay is genuinely for local marketing or does it contribute to a national fund that will market across the country. Suppose you’re in a highly populated area. You’d want to have a more unbalanced approach to marketing because you have to reach more people than the average franchisee.

Marketing requirements Senen pays attention to in a franchise agreement can answer the following:

But some franchise systems don’t allow separate marketing at all. They’ll say, “You cannot market on your own. You cannot do marketing unless it’s through the company; only the company can market independently.” So, you need to know the flexibility in marketing and what they allow within and outside your territory.

Next, Senen looks at the requirements and determines the following:

Even if you’re paying a small franchise setup fee, that will be onerous. Some franchise systems are very particular and very expensive. The good thing is that if it’s a well-established franchise, you know it’s a system that works. Chances are, the franchise fee is a reasonable price considering your return on investment.

Senen also goes back to the Franchise Disclosure Document. He wants to know the following:

Senen tells his clients that if the company is a young franchise system, they should have some level of success. If they have no success, he advises either not to get involved or for the buyer to use some leverage considering the franchise is new to extract concessions to make it more worthwhile for them as investors.

With the guidance of a skilled attorney for Franchising, there is a lot involved. Knowing that we’ll make your merger or acquisition look easy and benefit you can have peace of mind. For more information on the Essential Components Of A Franchise Agreement, an initial consultation is your next step. Get the information and legal answers you seek by calling (786) 788-8756 | (786) 788-8982 today.