Deductions under the New Tax Cuts and Jobs Act. Which is better: Standard or Itemized?

Home » General Blog » Deductions under the New Tax Cuts and Jobs Act. Which is better: Standard or Itemized? 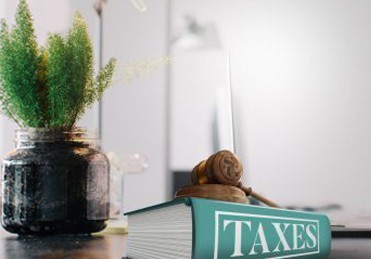 As most Americans are aware, the new tax law, or more formally known as the Tax Cuts and Jobs Act, was recently passed. Since the passing of the tax law, there have been many reports on how this law will affect United States citizens and permanent residents, including citizens living abroad. In these series of blogs, we hope to shed light on many of the important changes to the tax code and how they will impact your tax position. It should be important to note, these changes took effect for 2018. Therefore, when US taxpayers begin filing their tax returns in January of 2018, they will still be filing under the previous tax laws.

The standard deduction would be increased each subsequent year based on a chained consumer price index. The determination of each filing status is still as set forth as in the last tax code.

What about Itemized Deductions?

As for itemized deductions, there were major changes with these deductions. Now, for those who are not familiar with itemized deductions, they are specific optional deductions that, when grouped together, could be used instead of the standard deduction to reduce your taxable income. The first change was with medical deductions. The sole change occurred with the threshold limitations for deductions. The threshold is the amount of adjust gross income (AGI) that has to be surpassed for medical deductions to take place reduced from 10% of AGI to 7.5% of AGI. Many may remember the 7.5% threshold was the same threshold from a few years ago before being changed to the 10% amount.
While the medical deduction change was relatively minor, the deductible taxes is a different matter. Previously, taxpayers could deduct local and state income taxes or sales taxes, whichever was greater, along with real estate taxes. However, now taxpayers are only able to deduct state income taxes, sales taxes, or real estate taxes. Additionally, the most that can be deducted for deductible taxes is $10,000

As for charitable contributions, most rules stayed the same except two. First, the fifty percent limitation for cash contributions to charities and certain foundations was increased to sixty percent. And, second, the non-taxable fringe benefit of receiving athletic event tickets in exchange for 80% of the amount paid for charitable contribution has been repealed. That means no more ticket benefit for donors. For instance, any individual who donated large sums of money to a college or university would be able to benefit be receiving football tickets for donating such funds tax free prior to the repeal.

The next change to itemized deductions dealt with casualty theft and losses. The deduction itself was repealed. However, should the federal government declare a disaster area; the deduction would be available to those in the federally designated disaster area.

The last major change dealt with miscellaneous deductions. All miscellaneous deductions were repealed. That is to say you can no longer itemize the following deductions: tax preparation fees, unreimbursed employee expenses, appraisal fees for a casualty loss or charitable contribution, appraisal fees for a casualty loss or charitable contribution, depreciation on home computers used for investments, excess deductions (including administrative expenses) allowed a beneficiary on termination of an estate or trust, fees to collect interest and dividends, hobby expenses, indirect miscellaneous deductions from pass-through entities, investment fees and expenses, loss on deposits in an insolvent or bankrupt financial institution, loss on traditional IRAs or Roth IRAs (when all amounts have been distributed), repayments of income, safe deposit box rental fees (except for storing jewelry and other personal effects), service charges on dividend reinvestment plans, and trustee’s fees for an IRA, if separately billed and paid.

Finally, limitations for high income earners that led to phasing out of itemized deductions have been repealed.

As you can see, there were many changes regarding the standard and itemized deductions. If you are not sure if you are affected; feel this could cause future IRS tax debt; or have current IRS tax debt and you are not sure how this will affect you, give us a call or send us an email. We would be glad to answer any questions you may have.