How To Deal With A Business Breakup

Home » General Blog » How To Deal With A Business Breakup 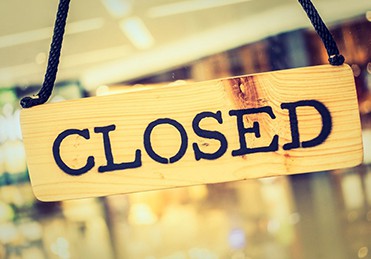 How To Deal With A Business Breakup

a Business Break up can be a very stressful situation. The parties involved, once optimistic about the business’s future, have now either come to an impasse or decided mutually that it is time for one individual or group of individuals to say goodbye. This change in outlook for the future from the time of the business’s start to its ultimate demise affects the way the parties approach buyout or dissolution negotiations, and it most definitely brings a sense of emotional unease to the entire situation.

But How To Deal With It?

The best way to deal with a business break-up is to be prepared. To prepare yourself be meticulous in the drafting of your company’s partnership agreement, operating agreement, or bylaws at the beginning the company’s inception. Make sure the parties tackle the difficult questions of buyout price calculation, tiebreaker provisions, and death. These provisions at the outset of the business don’t seem like difficult or important issues, but it is their lack of proximity to the time in which they will ultimately be needed and the blind optimism of starting a new business that makes them difficult to think about. If the company does not tackle these issues for the ending of their business at its inception, they will be left to the state’s default rules.

Below are some of the more often used provisions in partnerships and corporations. In a state that applies the Revised Uniform Partnership Act (RUPA), a partner, under §601, can be dissociated by his own express will, unanimous vote to expel the partner, or by judicial order. The judicial order will only be applicable when the outgoing partner engaged in wrongful conduct or death. It is easy to see that if a partner is not willing to go out on his own accord, possibly because he does not think he is obtaining the best deal, it can be hard to force the partner out—especially in situations where there are only two partners.

Courts normally will only impose dissolution if either (1) the directors are deadlocked; (2) those in control have acted in a manner that is illegal, oppressive, or fraudulent; (3) the shareholders are deadlocked and have failed to elect new directors for at least two consecutive annual meetings; (4) the corporation’s assets are being “misapplied or wasted.” MBCA §14.30(2). Again, in corporations, just as in partnerships, in attempting to break-up it is difficult to overtake the minority and just as it is challenging to right a wrong committed by the majority. These provisions illustrate the unwanted consequences of not proactively thinking about break-up during the formation of the company, not to mention the court costs and litigations fees that can follow due to a lack of preparation.

While it is true there is a cost in retaining an attorney to properly structure these agreements, the fee paid is far cheaper than the fees involved in dissolving a partnership that is unprepared for such an occurrence when these documents are not in place.

If you are dealing with a business breakup and you have some questions feel free to contact us for help.