What Are The Most Common Reasons That Individuals And Businesses Are Finding Themselves With These Serious Tax Debts?

Home » What Are The Most Common Reasons That Individuals And Businesses Are Finding Themselves With These Serious Tax Debts? 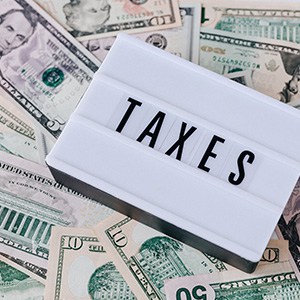 Typically, it’s usually a simple situation. However, it is more common now than ever due to the pandemic. Everybody was doing well pre-pandemic. The economy was going well and everything was hunky-dory, then the economy hit. But, regardless, people still had to file tax returns and, sure enough, because they were doing so well before, they have this huge tax bill to pay. Then, COVID started running spreading, the economy was shut down, and nobody was making money. People were simply trying to survive and now they have this giant tax debt weighing them down. Now that things are opening up, some people may be getting out of the hole, but it is not an easy process. It’s a vicious cycle because they have this bad debt that they have to still pay and now they’re going to be incurring new debt from getting out of the funk but they also have to pay taxes on that amount of new money that they’ve made. And, of course, they still have a life to lead with mortgages, grocery bills, and insurance payments to worry about. It’s not like you can ignore one bill to pay the other. Everybody’s got hands out to get paid.

So, it’s usually a lot of situational circumstances that cause it. We had one client that had a really unique circumstance. It was a family business and our client a part owner in the business even though he was barely if ever involved. Because he was listed as a part owner, he was subject to taxation on the portion of income that he had to report. Regardless, he decided to go back to school and, as expected, he was not earning any money while in school. But, he’s been incurring all this tax debt on this income he’s been reporting that he never even touched. Thankfully, were able to knock down his tens of thousands of back taxes into virtually nothing. But, the moral of the story is his situational circumstances got him into this mess and he never saw it coming so he wasn’t able to prevent it.

Another one we handled was due to a divorce. Again, all situational causes. This couple had this tax debt, but everything was going fine, until the divorce proceedings. They had fairly significant assets and this caused a problem because they can’t come to a compromise, they’re fighting over who gets what, money’s being spent on attorney’s fees and legal bills, and still, in the middle of it all this, is this tax bill. It’s got to get paid, there’s dwindling assets to pay, no side wants to agree where that money is going to come from, and it’s just getting worse and worse. The icing on the cake is in the midst of all this arguing they’re still having to file tax returns and incurring more tax liability (mind you they are filing separately now so their tax burdens are even higher). So, once again, you have a lot of circumstances that really play into it. The big one now, as I mentioned, is the pandemic. It hit everybody all at the same time. For some time, the IRS stopped handing out notices in attempt to cut taxpayers a break, but that all ended on July 15th of last year. So, even though people are starting to get out of their funk, the IRS is back in action and those notices are rolling out.

Now, there has been still a hold on collections per se because the IRS is nowhere near as aggressive as they were pre-pandemic because they’re so backed up. They can’t really tackle it all, but they’re expecting to be caught up by the end of this year, which would mean that they’re likely going start pushing full force again at some point next year to collect all those back taxes. So, it definitely behooves people to really start paying attention to this. I think a lot of people are in the mindset of not worrying because the IRS hasn’t been trying so hard to collect. So, there’s this wall in getting people to recognize, “Hey, you got to take care of this because the IRS has been kind of sending out the notices but they’re not really enforcing it but it’s coming”.

For more information on Tax Debts in Florida, an initial consultation is your next best step.