Closing And Transitioning A Merger And Acquisition

Home » Closing And Transitioning A Merger And Acquisition 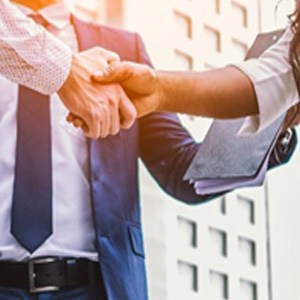 If no financing is required, or if it’s going to be a seller-financed deal, the closing could happen as soon as the agreement is signed. The only thing that needs to be done to close the deal is…

So, the date of closing is determined by the type of deal – specifically the type of financing – that you have. The deal will dictate the closing terms and how the business assets are officially transferred.

What To Expect On Closing Day

Once you’re at the closing stage, you’ve already passed the point of no return. This means that there are rarely any last-minute changes to consider. The only thing that has the potential to upset the deal would be if it’s contingent on financing and that financing falls through or a material misrepresentation is discovered.

If all the terms have been agreed upon and all parties have reviewed the purchase agreement, all that’s left to do on closing day is to have that agreement signed and notarized. From there, all of the terms placed in that agreement will go into motion to facilitate the transfer.

Are there ever times a party has walked away from a deal at the closing table? Yes, but those parties then end up in litigation. The party who was left at the closing table can move for what is called ‘specific performance’. This is where they assert to the court that the other party led them to believe that they were going to close on this deal and everything was agreed upon and going to move forward, but then the party didn’t sign. They materially changed their position in light of the other party’s movements and, as a result, they still want to move forward.

These are difficult cases. If there isn’t a signed contract, it makes it harder to prove in court. Typically, what will happen is that there will be something like a cancellation fee or an earnest money deposit that’s placed in escrow. The party can get this money as a part of their damages due to the other party walking away.

For the most part, if you’ve moved on a deal, everything is in place, and there’s really nothing that should prevent you from going forward – you’re going to sign at closing.

There are, of course, always going to be one-off situations that arise at times. For instance, if something has materially changed right before closing, there could be reasons for a party to back out. If a party has a serious business situation arise where they can no longer afford the deal or if a party is hit with an unexpected and major lawsuit that would seriously impact the deal, these are things one would communicate with the other party.

There is no guarantee that the other party will be receptive to the situation, but mutually communicating a situation that can negatively affect the movement of a deal is essential.

Transitioning The Business After Closing On A Merger And Acquisition

It’s your ultimate goal to transition in the most seamless way possible. How long a transition period takes place is dependent on the…

Some transitions can take a matter of days, while others can take months or even years. The larger the business, the longer the transition will take. When the deal is done, you’re really just focusing on transition and getting that business to the new person completely.

The most common major mistake one can make when business owners are involved in a merger or acquisition would be that they don’t hire an attorney. Of course, hiring an attorney can help one avoid every major mistake that is commonly seen in these deals. So, if you take nothing else away from this, please keep in mind that hiring an experienced attorney is going to help you avoid major mistakes.

Another mistake that business owners make in these deals is that they don’t have certain clauses in the agreement, and it renders the purchase worthless. An example could be a non-compete clause which would prevent the seller from doing anything to decimate the entire deal by preventing the seller from competing against the business under certain parameters.

As an example of this, there was once a client who acquired a restaurant. Everything was great. Then, about a month after the deal was finalized, the other party opened up a competing business across the street. They took all of the customers. The client sent me the purchase agreement to review and we found that there were no non-compete provisions. This meant that there were no actions the client could take to shut down the other party.

Had the client consulted with me or another attorney before going into that deal, instead of waiting until there was an issue, they would have been advised on including that non-compete provision in their agreement. That’s something to be very aware of – an attorney can assist in setting you up for success, but not necessary help you undo damage done after the fact. Having an attorney in the beginning will prevent a lot of issues later down the road.

Before You Begin, Get The Confidence You Need With Attorney Senen Garcia

When it comes to mergers and acquisitions, you’re strongly advised to know your finances, your expectations, and what you’re looking for before ever getting into a deal. You don’t want to go in blind and try to figure it out as you go. You want to know what you’re buying and what your reasons are for wanting to buy.

Knowing these factors before you even start the process is going to go a long way in ensuring that the process is smooth and expectations are met. You want to go into negotiations with focus and confidence about what you want.

Our firm has over 13 years of experience doing these deals. One of the advantages to using our firm is that we have financial people who are able to look at your financial statements and advise you. This allows us to be able to analyze your deal from a legal and financial perspective at the same time.

Many law firms have a communication gap between the attorneys and the accountants due to not having direct access to them. When they have questions about the financial aspect of the deal, they have to ask the question of the client and get the answer through that third party.

At our law firm, we have the ability to alleviate that gap by having our own team analyze the financials from the standpoint of legality. Having a law firm that is able to understand the aspects of a deal that are non-legal and merging that with our legal knowledge gives our clients a unique benefit. It expedites the issues and allows us to see the full picture far more clearly, far more quickly. Of course, this does eliminate the need to consult with and have an accountant and/or CPA involved in such a transaction.

With our firm, you are really getting a full-fledged initial advisor role from two of the four areas – legal and accountant. It allows you to communicate with us on all of the various aspects of a deal and feel confident about entering into a deal.

For more information on Mergers & Acquisitions Law in Florida, an initial consultation is your next best step. Get the information and legal answers you are seeking by calling (786) 788-8756 today.